Stories to fuel your mind.

A Landmark Study on the Origins of Alcoholism

By studying rats in a smarter way, scientists are finally learning something useful about why some drinkers become addicted and others don’t. 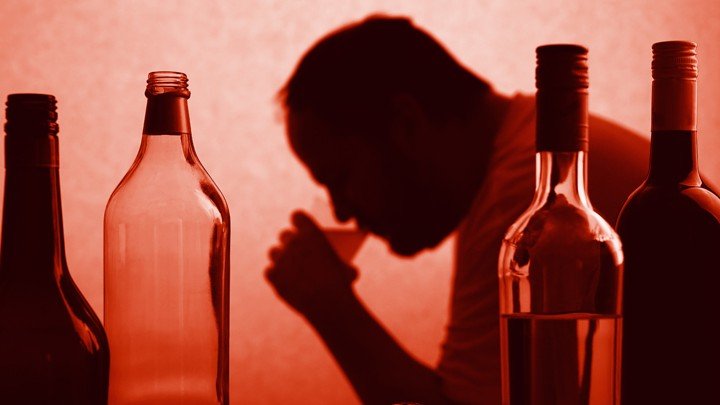 For Markus Heilig, the years of dead ends were starting to grate.

A seasoned psychiatrist, Heilig joined the National Institutes of Health in 2004 with grand ambitions of finding new ways to treat addiction and alcoholism. “It was the age of the neuroscience revolution, and all this new tech gave us many ways of manipulating animal brains,” he recalls. By studying addictive behavior in laboratory rats and mice, he would pinpoint crucial genes, molecules, and brain regions that could be targeted to curtail the equivalent behaviors in people.

It wasn’t to be. The insights from rodent studies repeatedly proved to be irrelevant. Many researchers and pharmaceutical companies became disillusioned. “We cured alcoholism in every rat we ever tried,” says Heilig, who is now at Linköping University in Sweden. “And at the end of every paper, we wrote: This will lead to an exciting treatment. But everything we took from these animal models to the clinic failed. We needed to go back to the drawing board.”

Heilig doesn’t buy that mice and rats have nothing to teach us about addiction. It’s more that researchers have been studying them in the wrong way. Typically, they’ll let the animals self-administer drugs by pressing a lever, which they almost always learn to do. That should have been a red flag. When humans regularly drink alcohol, only 15 percent or so become dependent on the stuff. Why them and not the other 85 percent? That’s the crucial question, and you won’t answer it with an experiment in which every rodent becomes addicted.

Eric Augier, who recently joined Heilig’s team, tried a different approach—one pioneered in his former laboratory to study cocaine addiction. After training rats to self-administer alcohol, he offered them some sugary water, too. This better mimics real life, in which drugs exist simultaneously with other pleasurable substances. Given a choice between booze and nectar, most rats chose the latter. But not all of them: Of the 32 rats that Augier first tested, four ignored the sugar and kept on shooting themselves up with alcohol.

“Four rats is laughable,” says Heilig, referring to the study’s small size, “but 620 rats later, no one’s laughing.” Augier repeated the experiment with more rats of various breeds, and always got the same results. Consistently, 15 percent of them choose alcohol over sugar—the same number as the proportion of human drinkers who progress to alcoholism.

Those alcohol-preferring rats showed other hallmarks of human addiction, too. They spend more effort to get a sip of alcohol than their sugar-preferring peers, and they kept on drinking even when their booze supply was spiked with an intensely bitter chemical or paired with an electric shock. “That was striking to me, as a clinician,” says Heilig. “Embedded in the criteria for diagnosing alcoholism is that people continue to take drugs despite good knowledge of the fact that it will harm or kill them.”

Many lab studies treat animals as if they were identical, and any variation in their behavior is just unhelpful noise. But in Augier’s work, the variation is the important bit. It’s what points to the interesting underlying biology. “This is a really good study,” says Michael Taffe, a neuroscientist at the Scripps Research Institute who studies drug addiction. “Since only a minority of humans experience a transition to addiction, [an approach] such as this is most likely to identify the specific genetic variants that convey risk.”

That is exactly what the team did next. They compared the alcohol-preferring and sugar-preferring rats and looked for differences in the genes that were active in their brains. They focused on six regions that are thought to be involved in addiction, and found no differences in five. “But in the sixth, we did,” says Heilig. “And it made me smile because I started out doing my Ph.D. on the amygdala.”

The amygdala is an almond-shaped region that sits deep within the brain, and is heavily involved in processing emotions. When Augier looked at the amygdala of alcoholic rats, he found signs of unusually low activity in several genes, all of which are linked to a chemical called GABA.

GABA is a molecular red light: Certain neurons make and release it to stop their neighbors from firing. Once that’s done, the GABA-making neurons use an enzyme called GAT3 to pump the molecule back into themselves, so they can reuse it. But in the amygdala of alcohol-preferring rats, the gene that makes GAT3 is much less active, and makes just half the usual levels of the pump. GABA accumulates around the neighboring neurons, making them abnormally inactive.

The consequences of this are unclear, but Heilig thinks that all this extra GABA hampers the rats’ ability to deal with fear and stress. They are naturally more anxious, which might explain their vulnerability to alcohol. He predicts it will take another five years of work to fully close this loop. But for now, his team have definitely shown that GAT3—the GABA-recycling pump—is important. They took rats that prefer sugar and deliberately reduced the levels of GAT3 in their amygdala. This simple procedure was enough to convert those resilient rodents into addiction-prone, alcohol-preferring 15-percenters.

At this point, the team submitted their result to a journal, which agreed to publish them. Good news—but after Heilig’s long history with rat-shaped dead-ends, he wanted to do one more experiment. “Curing alcoholism in rats is not important,” he says. “What’s important is what this looks like in humans with alcohol addiction.”

As it happens, it looks much the same. Heilig’s colleagues examined postmortem tissue samples from people who had donated their brains to research, some of whom had alcohol addiction. As in the rats, they found nothing unusual in five of six brain regions. But in the amygdala, they found low levels of GAT3.

Others scientists have found connections between alcoholism, the amygdala, and GABA-related genes. But by identifying rats that are particularly vulnerable to alcoholism, Heilig’s team has begun fleshing out the details behind these somewhat hazy links. “It is a very significant study that will impact the alcohol research field deeply,” says Jun Wang from Texas A&M University. “Identifying GAT3 is not that important because alcoholism is controlled by multiple genes, but [the team’s new approach] will help to find those genes. It’s a wonderful method for modeling human alcoholism.”

There are other signs that what Heilig found is relevant to humans as well as rats. A decade ago, a French cardiologist named Olivier Ameisen claimed to have cured his own alcoholism by taking a drug called baclofen. “That was met with skepticism, and there was no basic science to support his claims,” says Heilig. But there is now: Baclofen stops neurons from releasing GABA. If individuals with alcoholism aren’t good at recycling this chemical, it might be possible to compensate by producing less of it in the first place.

But baclofen is controversial. It has been tested in several clinical trials, to mixed results. Two studies, which analyzed the results from these trials, concluded that the drug’s ability to treat alcoholism is only “slightly above placebo effects” and its growing use is “premature.” It can be harmful, too. People quickly build up a tolerance to it, which prompts them to seek higher doses. They can experience severe side effects, and France has seen more than 100 cases of people inadvertently poisoning themselves with baclofen. “It’s a terrible drug,” Heilig says.

Other drugs like benzodiazepines also exert their effects through GABA, but like baclofen, they’re easily abused themselves. “They’re a good alternative for alcoholism in the short term but they’re not safe in the long term,” says Lara Ray from UCLA.

But Heilig’s study suggests that other chemicals, which could influence GABA levels in more subtle ways, might help people to control their addictions. Several such substances are in development, and Heilig’s team can see if they change the choices of their alcohol-preferring rats.

“It’s just such an impressive breakthrough for the field of alcoholism, with real potential for therapies,” Ray adds.

Ed Yong is a staff writer at The Atlantic, where he covers science.